Thanksgiving weekend is drawing to a close, but the same isn’t true for my Ziplocks full of turkey-day leftovers. Apparently 200 lbs of cornbread stuffing was about 199 lbs too many—I may have miscalculated—but I can’t bear to toss any of the remaining goodness, not yet! It happens to be my favorite part of the meal (well, probably more-so the gravy, I have no shame).

I’ve already indulged in the leftover, dinnervine Thanksgiving Panini and loved every bite, but it’s time to tackle the stuffing surplus head-on. I wanted to use on-hand ingredients, and then an appetizer idea appeared before me . . . balls, there would be crispy, panko-crusted, Cornbread Stuffing Balls, filled with pepper jack cheese & served alongside some gravy for dipping. The stuffing should be excited, and so am I.

Save Print
5 from 1 reviews
Panko Crusted Stuffing Balls (& pepper jack cheese)
Leftover stuffing is given a makeover as these delicious panko-crusted stuffing balls with cheese and a gravy dip! An easy and fun post Thanksgiving appetizer. 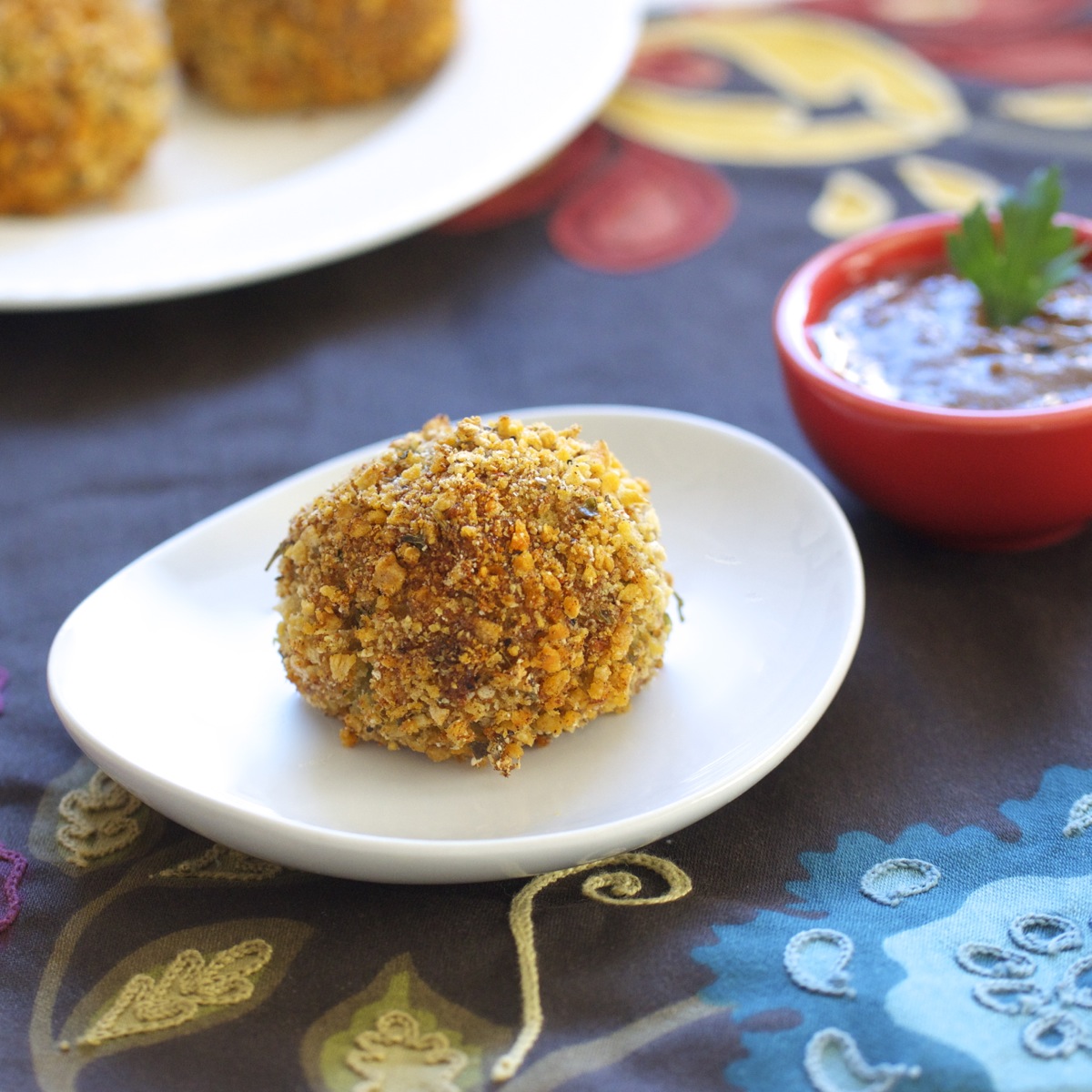 Serves: 4-8 stuffing balls
Prep time:  10 mins
Cook time:  30 mins
Total time:  40 mins
What to get:
What to do:
Notes:
This is a very easy way to turn leftover stuffing into a crispy appetizer using ingredients you probably have. Bakes easily in the oven and turns out great! Add more cheese as you prefer. Also, increase egg and crumb mixture with more stuffing balls as desired.
Serving size: as many as you like
Wordpress Recipe Plugin by EasyRecipe
3.5.3208

If you want the info on making the Southern Cornbread Stuffing, and all of the Turkey Day fixings for a complete holiday coma, see the dinnervine Thanksgiving menu lineup, here.

These little guys are just as simple as making a batch of  stuffing-like ‘meatballs’ around some cheese, lightly coating in crumbs, and baking. These are reminiscent of one of my favorite Southern sides—hush puppies, with the cornmeal and onion.  Our balls pack a lot of savory flavor due to herbs like thyme, parsley,  and sage. We also repurpose the leftover brown gravy from the sacred Thanksgiving turkey drippings as our dip.When in doubt don’t toss the the excess, ball-it, bake-it, and dip-it in gravy!

May your leftovers be a celebration like your holiday. Cheers to some second helpings.